Blog - Latest News
You are here: Home1 / Press Releases2 / Patterns of contact change but patterns of abuse stay the same 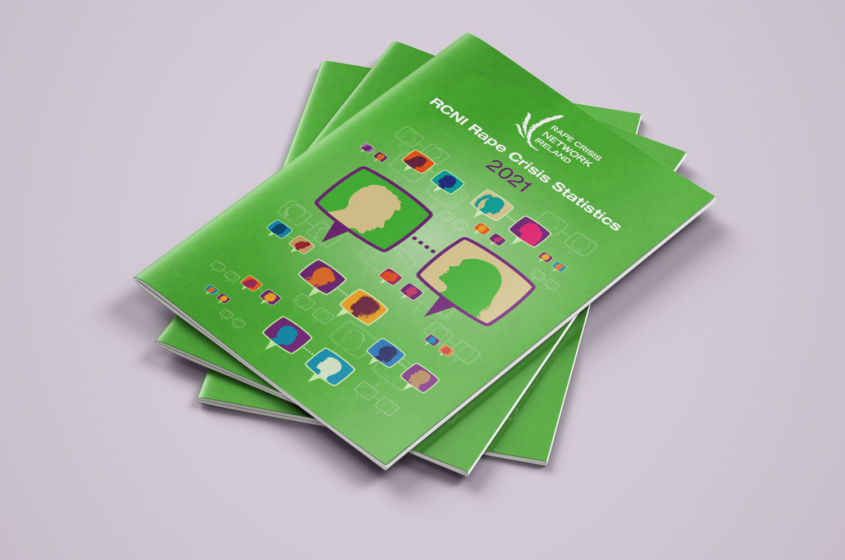 Patterns of contact with rape crisis services are changing but patterns of abuse stay the same is the message of Rape Crisis Network Ireland’s Rape Crisis Statistics 2021 report.

This year’s report examines data gleaned over three years – 2019, 2020 and 2021 – to track the story of how survivors and services negotiated the upheaval of the Covid pandemic. The report, comprised of findings from seven RCCs around the country, reveals that while 2020 saw a massive surge in contacts to RCCs from those seeking support, numbers in 2021 did not return to pre-pandemic levels. However, patterns of contact did change with a 27% increase in length of time spent on calls to Helplines and an 18% increase in appointments for counselling and support fulfilled

While numbers of people seeking support after sexual violence continue to increase year-on-year, patterns of abuse remain the same.

‘Throughout Covid-19 a key piece of learning was how vital RCC Helpline services are and what a lifeline they are for people. This data confirms that. We know how hard that first contact can be which is why we must pay close attention to what works for survivors. The figures reveal that the majority of survivors access through self-referral (53%) and the majority seek out their local services directly. The Rape Crisis Centre model is to centre the survivor in how we shape our services. We do this because it works. It follows that national and international practice should reflect this standard also.

‘It is also clear that the Centre is an important point of expertise and knowledge for professionals in the region who together provide the holistic set of responses to survivors. Rape Crisis Helplines at local level are currently not funded. We believe survivors patterns of access demand that we support and fund this local access and support.’

‘The Minister of Justice, Helen McEntee’s ambitious Zero Tolerance National Strategy sets goals for professionals and agencies across society and government to engage and upskill in a concerted effort to end sexual violence.

‘Every community that is activated to end sexual violence places additional demand on the expertise and support of specialist sexual violence services such as Rape Crisis Centres and the RCNI. We welcome that demand and the opportunity to create change. And that increased demand is evidenced here. We would also suggest that what we are seeing here is the success of the growing whole of community response. These vital supports must be state-funded to ensure both the success of the strategy and nationwide and equitable access to services.’